Homeopathic Herbs and Their Uses 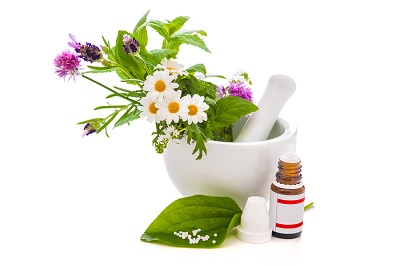 Herbs are used in different capacities in the medical field. Besides being the precursors to some of modern medicine, they are used now by millions of people who are looking for more natural relief of their ailments. We are going to discuss a few homeopathic herbs and how they are being used.

Have you ever heard of homeopathic medicine? If not, here is a basic breakdown of what it is. It is based on the body learning to heal itself – “like treating like.” When an invading germ or bacteria enters the body, its defenses create antibodies to fight it. Now that invader is recognized if it ever appears again.

Homeopathy uses a highly diluted form of the substance that is causing the symptoms in the body to trigger the natural defenses within to begin healing. An example would be to expose allergy sufferers to a small dose of pollen, ragweed or dust mites to help their bodies become desensitized to it. The repeated dilutions are to render the substance non-toxic.

Homeopathic Herbs and Their Uses

There is more to homeopathy than what we have said above. You can learn more about this type of medicine to get a clearer picture of the mechanisms at work here. Now, we are going to focus on some of the herbs used as a part of that type of treatment.

Homeopathic medicines can be given in pill or liquid form depending on what is prescribed by the natural pharmacy. They can also instruct you on dosage and frequency of use. They are recommended for treatment of minor ailments.

Herbs have been a part of medical treatment even before recorded history began.